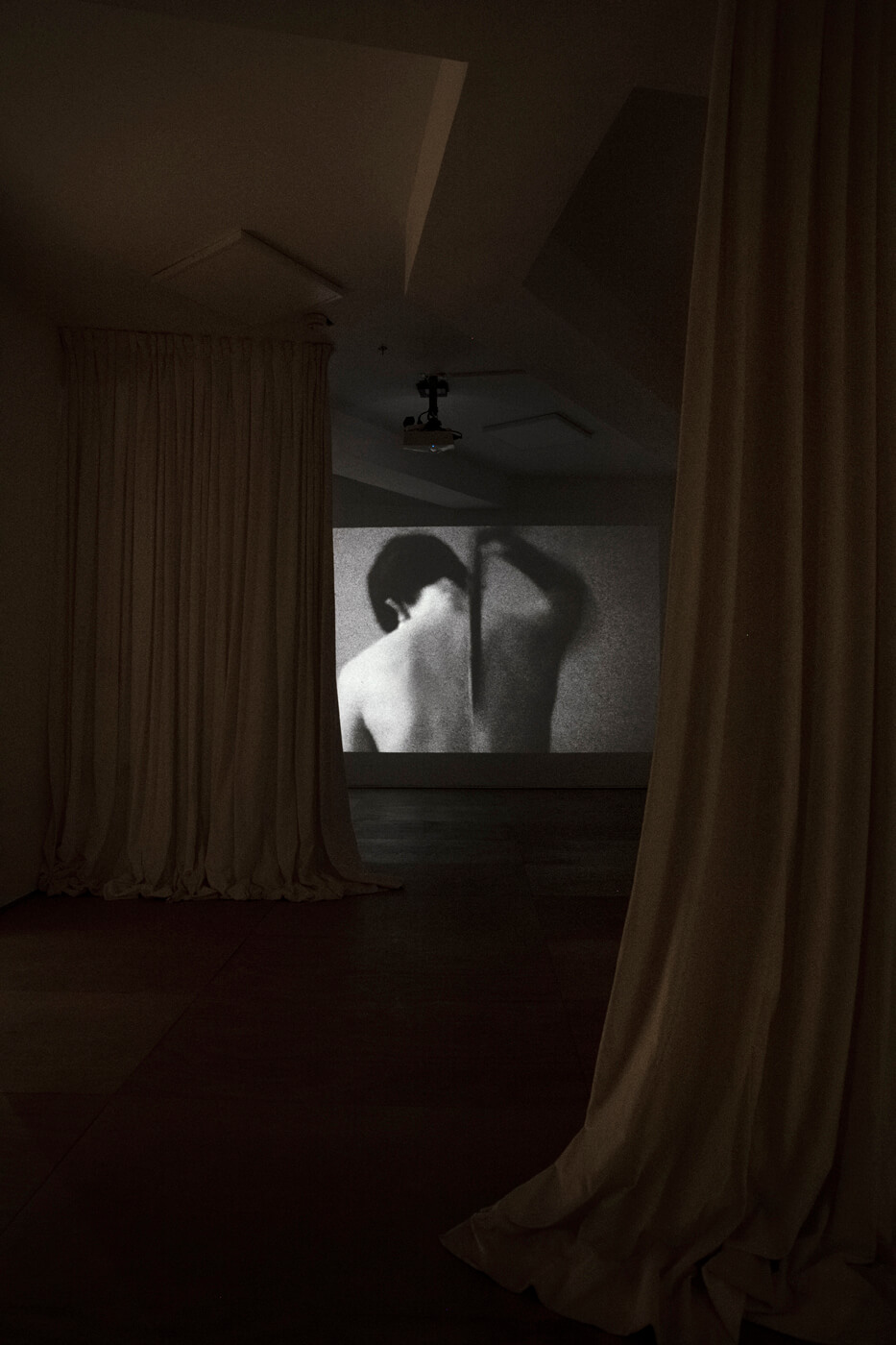 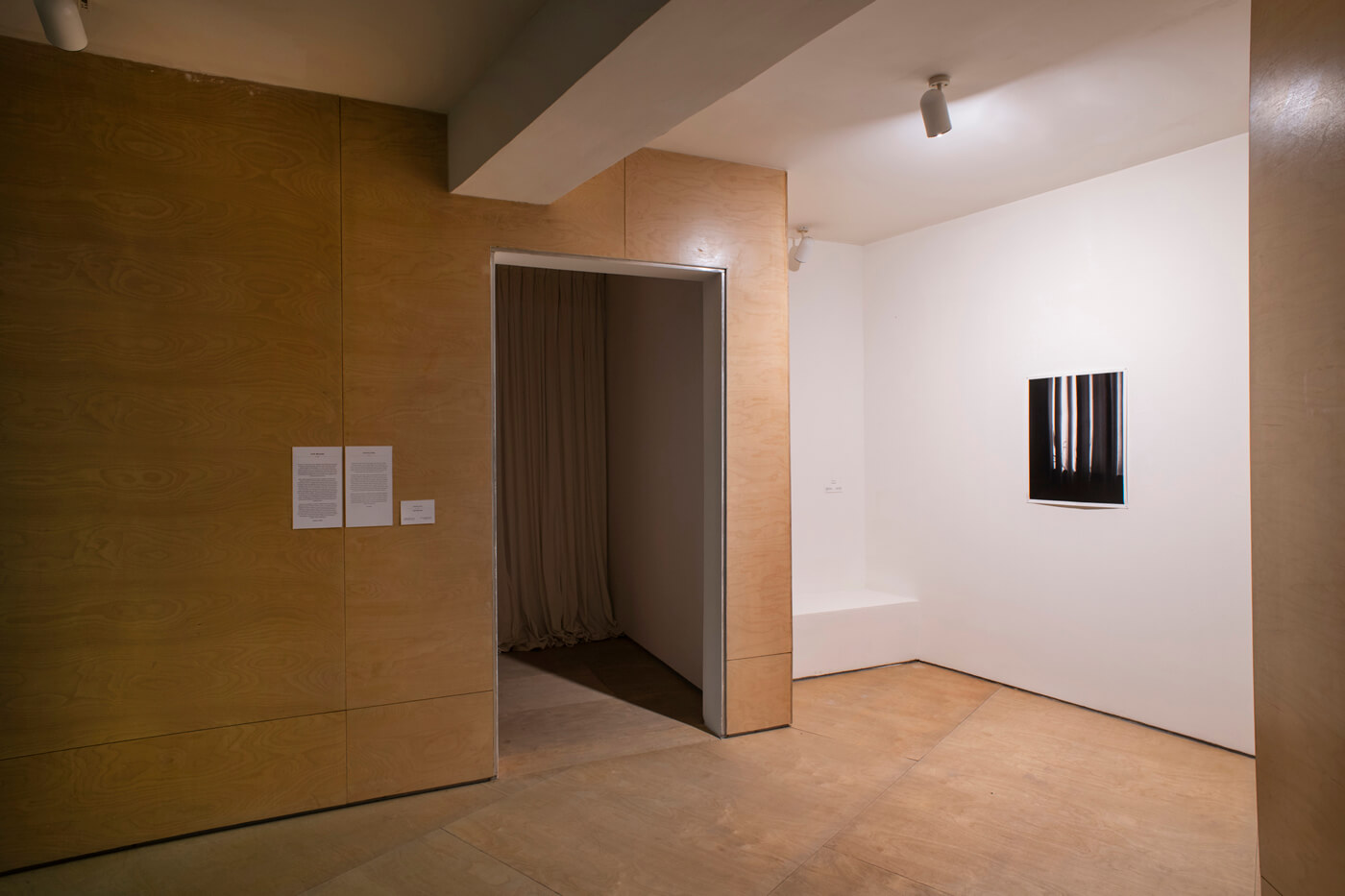 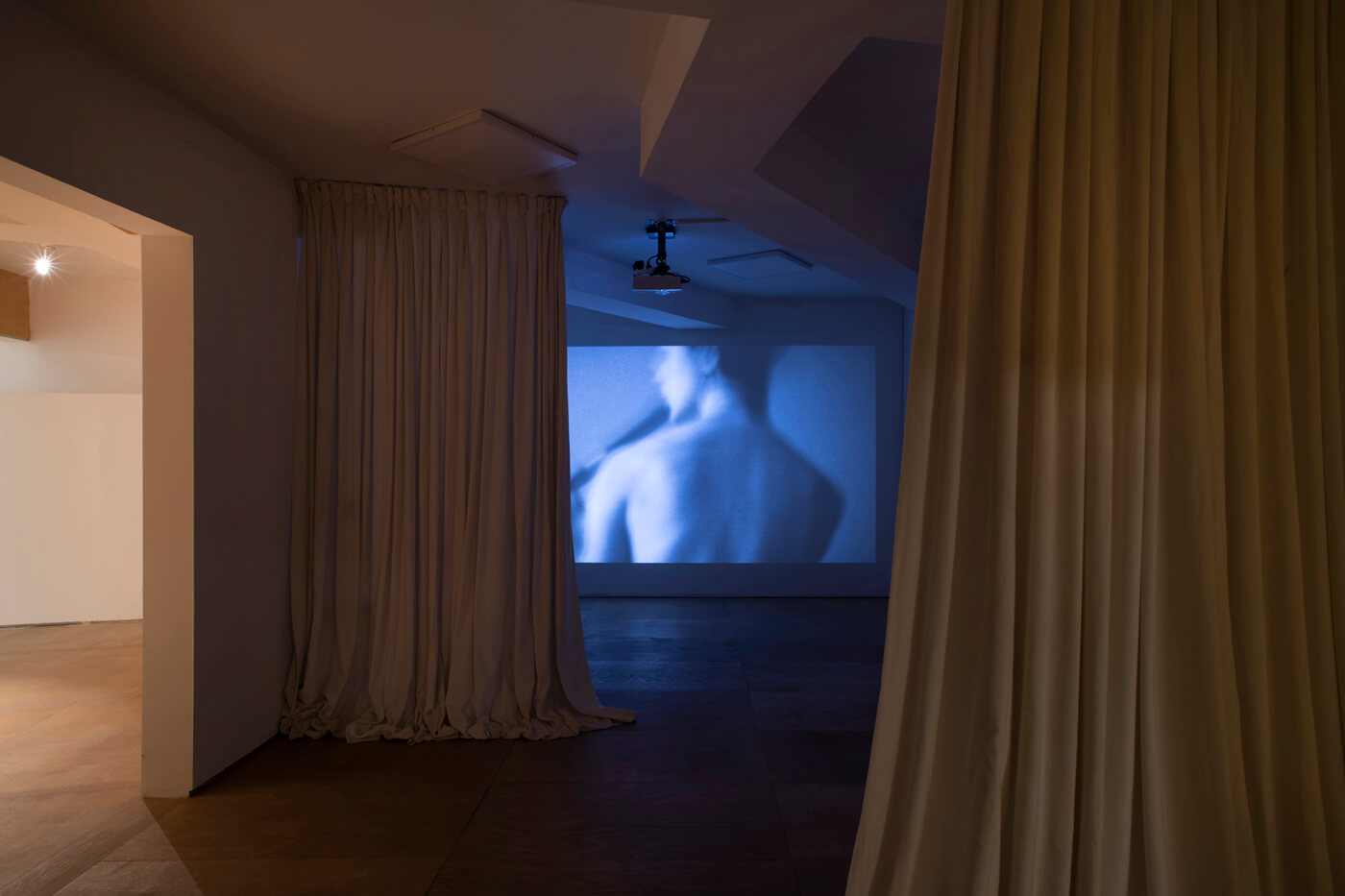 The work In Other Rooms was created by Arik Miranda as a video chat with the musician Maria Kebu, who lives in Kiev, with whom he had recently forged a virtual dialogue. In it, Kebu is seen performing a kind of intimate show, with Miranda documenting the performance on the computer screen with a digital camera. These days, when video calls have become a major form of communication in our lives, turning to this medium is imbued with a social relevance and a significance of profound historical trends.

part voyeuristic and invasive, part fragile and vulnerable. This melancholy gaze, cultivated by the culture of fashion, design, and advertising on social media, appears to invade the most intimate realms of its photographed subjects and to put its finger on an intangible beauty that cannot be described in words. The videographic act enables a momentary suspension of this elusive quality, freezing time and deferring its inherent potential for gradual decline.

However, this imaginary intimacy is undermined by the inability to identify the place or context of what is shown. In this regard, Miranda highlights the illusion inherent in online communication practices, by offering an inviting, intimate, and all-embracing atmosphere that is at once disturbing and distant. Moreover, the combination of Kebu’s alluring movements and the grainy black-and-white footage envelops the work with an air of mystery that is redolent of Man Ray’s surrealistic photographs, in which the woman’s body is cast.